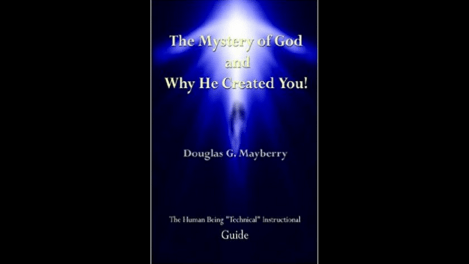 Of all the creatures of the entire grand universe, it is only us who so fuse with our indwelling Spirit Being that are mustered into the Paradise Corps of Mortal Finality! Though other beings of Paradise perfection — (or attainment) may be temporarily attached to
the Finaliter Corps, they are not (as we are sure to be) on Eternal assignment to the unknown and unrevealed mission of the accumulating host of (the Finaliter) evolutionary and perfected veterans of time and space.

The Corps of the Finality having been organized in accordance with the working associates of the worlds of space, and in keeping with the associative experience acquired throughout the long and eventful ascension career — all ascendent creatures admitted to this Corps are received in equality; but in no way to abrogate individuality or destroy personal liberty.

No idea was revealed as to the nature of the future organization of this extraordinary group, but it is known that they are now a wholly self-governing body. Their own permanent, periodic, and assignment leaders and directors are chosen by them. No outside influence can ever be brought to bear upon their policies; their oath of allegiance is only to God Himself!

There is no domain of universe service to which the finaliters are not assigned; and universally do they junction with alternating and equal periods of assigned duty and free service.

On Paradise, in the superuniverses, in the local universes, and on all the divisional capitals, the finaliters maintain their own headquarters; for they are a separate order of evolutionary creation. They are absolutely loyal; always cooperative with all plans of the universe. Indeed are they the accumulating, tried, and true souls of time and space — “the evolutionary salt of the universe.” Forever are they proof against evil, and secure against sin! Notwithstanding that finaliters have attained residence on Paradise, have been
mustered into the Corps of the Finality, and have been sent back in large numbers to participate in the conduct of the local universes and assist in the administration of universe affairs, still does there remain the significant fact of record that this is only the sixth-phase of a seven-phase spirit destiny. Though the nature of this final step is not known, three facts have been recognized:

1) Known records indicate that mortals are spirits of the first order during their sojourn in the minor sectors, the second when translated to the major sectors, the third when forwarded to the central training worlds of the superuniverse, quartan or graduate spirits after reaching the sixth circuit of Havona, the fifth when finding God Himself, and the sixth when subsequently taking the oath that musters them forever into the Eternal assignment of the Corps of the Mortal Finality.

Though these six spirit classifications or designations can be observed, it can only be conjectured-in that knowledge of the mortal career does not, and could not, go beyond its present Paradise destiny-that the bestowal of the seventh spirit classification upon the Mortal Corps of the Finality will be simultaneous with its advancement to Eternal assignment for service on hitherto unrecorded and unrevealed spheres. And concomitant with the attainment of the Supreme Being-when the finality of actualizing the inherent potentials of such an experiential Deity is attained.

2) The second fact of an undoubtable seventh stage is found in that the mortal finaliters have fully complied with the injunction of the ages -– “Be ye Perfect” have ascended the universal plan of mortal attainment, have found the Person of God Himself, and have been duly inducted into the Mortal Corps of the Finality. But such achievement of the present limit of creature perfection does not conclude finality of creature service in the experiential fullness of the Deity attainment of the Supreme Being; as such attainment of the present limit of spirit progression does not conclude finality of ultimate spirit status.

3) The third fact of a seventh step is the present mystery respecting the ultimate destiny of the Paradise Corps of the Finality. As glorified mortals of such an extraordinary Paradise Corps, having possession of the experiential knowledge of every step of the actuality and philosophy of the fullest possible life of intelligent existence while during the ages of the ascent from the lowly material worlds to the heights of Paradise, having been trained to the limits of capacity respecting every detail of every divine principle of the just and efficient, and merciful and patient administration of all the universal creations of time and space – all ask: “why should God be so concerned in so thoroughly training the mortal survivor in the technique of universe management?”

The revelators deem that we as humans are entitled to conjecture, and to share our opinions, but to them it is evident that the present assignments of our perfected evolutionary brethren partake of the nature of post-graduate courses in universe understanding and superuniverse administration. For they venture the forecast of a future and greater universe of inhabited worlds-new spheres peopled with new orders of exquisite and unique beings; a material universe sublime in its ultimacy; a vast creation lacking in only one important detail-the presence of actual “finite experience” in the universal life of ascendent existence.

(As can be seen (right now) through our telescopes, already are identified the clustering of at least seventy thousand aggregations of matter; each greater than any one of our present supercreations.)

It is increasingly the belief of all Uversa that our assembling Corps of the Finality is destined to some future service in the administration of the presently evolving universes of the 1st Outer Space Level; for they have not the slightest doubt that in due time these enormous galaxies will become inhabited universes. They are equally convinced that among its administrators will be found those whose natures are the cosmic consequence of the blending of creature and Creator-the Paradise Finaliters.

So as the higher spiritual existences conceive, such amalgamated beings, such living partnerships of creature and Creator, shall be us who join the ranks of those who will become the super rulers, matchless administrators, and understanding and sympathetic directors of any and all forms of intelligent life which may come into existence throughout the now evolving future universes of the 1st Outer Space Level. What an adventure it is sure to be! What a romance to be experienced: God and you as One! A gigantic creation to be administered by (us) — ascendent and Eternalized mortals, personalized and humanized indwelling Spirit Beings; mysterious combinations and Eternal associations of the highest known manifestation-God Himself, and the lowest form of intelligent life capable of comprehending and attaining Him-you-as you are (right now)!

As revealed by the revelators, if God planned merely to take us on one long and eternal joy ride, certainly He would not so largely had created the whole universe into one vast and intricate practical training school; requisition such a substantial part of the celestial creation as teachers and instructors, and then spend ages upon ages piloting each of us (who so chose} — one by one — through this gigantic universe school of experiential training. The mortal-survival plan of our being born on this planet, passing through the morontia worlds, ascending through the spirit universes, traversing the Havona spheres, attaining Paradise and the Person of God Himself, being mustered into the Paradise Corps of Mortal Finaliters, and therein await the next assignment of universe service — does have a practical and serviceable objective.

We are not the recipients of all this divine and painstaking training only that we may survive just to enjoy endless bliss and Eternal ease. There is a goal of our transcendent service concealed behind the horizon of this present universe age. And whatever this goal may be, if we actually believe and desire the divine plan of our perfection, surely will its heritage be ours!

Don’t you forget — in God — the lower the existence you experience, the higher the glory you may attain. Thus our present (lowest) earthly animal origin existence, guarantees all of us (who may chose} the highest possible Eternal existence for you!

So surely shall we someday (with or without YOU) serve throughout the cosmos in our true characters — as God’s children of the evolving Deity of the Supreme Being; as (right now) you are a personalized, and pre-destined to ‘Be’, an Eternal creature of the Father of All Creation — God Himself!

God is the Greatest!