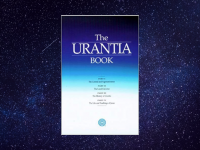 0:0:1 (1.1) Human beings are still more confused and uncertain about the relationships of the divine personalities designated by these numerous appellations.

10:3:2 (110.8) In eternity and as Deities they undoubtedly do, but in time and as personalities they certainly disclose relationships of a very diverse nature. Looking from Paradise out on the universes, these relationships do seem to be very similar, but when viewed from the domains of space, they appear to be quite different.

8:1:11 (92.1) We know that any child can best relate himself to reality by first mastering the relationships of the child-parent situation and then by enlarging this concept to embrace the family as a whole. Subsequently the growing mind of the child will be able to adjust to the concept of family relations, to relationships of the community, the race, and the world, and then to those of the universe, the superuniverse, even the universe of universes.

Paper 25 – The Messenger Hosts of Space

25:1:4 (274.1) In personality relationships the spiritual is dominant over the material, even though it does not now so appear on Urantia; and in the production of Havona Servitals the law of spirit dominance prevails; the established ratio yields three spiritual beings to one semiphysical.

Paper 27 – Ministry of the Primary Supernaphim

27:2:3 (300.3) When you mortal ascenders attain Paradise, your societal relationships involve a great deal more than contact with a host of exalted and divine beings and with a familiar multitude of glorified fellow mortals.

26:1:16 (286.4) Complemental relationships may be transient; they are not necessarily of a permanent nature.

Paper 27 – Ministry of the Primary Supernaphim

27:7:1 (303.5) Worship is the conscious and joyous act of recognizing and acknowledging the truth and fact of the intimate and personal relationships of the Creators with their creatures.

Paper 28 – Ministering Spirits of the Superuniverses

28:6:2 (314.1) All relationships and the application of ethics grow out of the fundamental facts of origin.

Paper 37 – Personalities of the Local Universe

37:5:5 (411.3) They are supremely devoted to the welfare of the mortal races whose spokesmen they are, ever seeking to obtain for them mercy, justice, and fair treatment in all relationships with other peoples.

39:3:7 (433.1) It is the mission of these seraphim to foster and to promote the growth of creature appreciation of the morality of interpersonal relationships, for such is the seed and secret of the continued and purposeful growth of society and government, human or superhuman.

42:11:7 (482.5) Progress towards harmonious unity, a growing experiential synthesis superimposed on an ever-increasing complexity of relationships, could be effected only by a purposive and dominant mind.

49:5:29 (567.9) Planets are not only organized vertically into systems, constellations, and so on, but the universe administration also provides for horizontal groupings according to type, series, and other relationships.

50:5:9 (577.4) Education aspires to the attainment of meanings, and culture grasps at cosmic relationships and true values.

50:1:3 (572.5) In the creation of the System Sovereigns and the Planetary Princes there occurs the personalization of a concept that has been getting farther and farther away from the Universal Father and the Eternal Son, and there is an increasing danger of losing the sense of proportion as to one’s self-importance and a greater likelihood of failure to keep a proper grasp of the values and relationships of the numerous orders of divine beings and their gradations of authority.

Paper 54 – Problems of the Lucifer Rebellion

54:6:3 (618.6) Families, groups, nations, races, worlds, systems, constellations, and universes are relationships of association which possess individuality; and therefore does every member of any such group, large or small, reap the benefits and suffer the consequences of the rightdoing and the wrongdoing of all other members of the group concerned.

Paper 82 – The Evolution of Marriage

82:5:10 (919.6) That these taboos respecting in-marriage were sociologic, not biologic, is well illustrated by the taboos on kinship marriages, which embraced many degrees of in-law relationships, cases representing no blood relation whatsoever.

83:5:1 (925.6) While a woman was allowed but one man, her husband could sever such temporary relationships at will.

83:8:3 (929.6) At scarcely any point are such relationships comparable to the association of husband and wife. And it is most unfortunate that the human misconception of these relationships has produced so much confusion as to the status of marriage.

84:2:1 (932.7) The woman’s periodic hemorrhage and her further loss of blood at childbirth early suggested blood as the creator of the child (even as the seat of the soul) and gave origin to the blood-bond concept of human relationships.