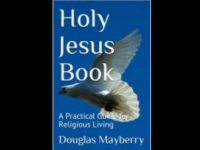 2.  Strong character, commanding personality, is only acquired by converting the natural urge of life into the social art of living, by transforming present desires into those higher longings which are capable of lasting attainment, while the commonplace lure of existence must be transferred from one’s conventional and established ideas to the higher realms of unexplored ideas and undiscovered ideals.

3.  The evidence of maturity of personality consists in the transformation of human desire so that it constantly seeks for the realization of those values which are highest and most divine real.

4.  The true badge of social maturity is the willingness of a people to surrender the right to live peaceably and contentedly under the ease-promoting standards of the lure of established beliefs and conventional ideas for the disquieting and energy-requiring lure of the pursuit of the unexplored possibilities of the attainment of undiscovered goals of idealistic spiritual realities.

5.  When men dare to forsake a life of natural craving for one adventurous art and uncertain logic, they must expect to suffer the consequent hazards of emotional casualties – conflicts, unhappiness, and uncertainties – at least until the time of their attainment of some degree of intellectual and emotional maturity.

6.  The immature individual arouses the antagonisms of his fellows; but discouragement, worry, and indolence are positive evidence of moral immaturity.

7.  The mature man wins the hearty cooperation of his associates, thereby many times multiplying the fruits of his life efforts.

9.  The mature human being soon begins to look upon all other mortals with feelings of tenderness and with emotions of tolerance.

10. Mature mortals view immature folks with the love and consideration that parents bear their children.

11. Stability of personality can be experienced only by those who have discovered and embraced the living God as the eternal goal of infinite attainment.

12. And thus to transfer one’s goal from time to eternity, from earth to Paradise, from human to divine, requires that man shall become regenerated, converted, be born again; that he shall become the re-created child of the divine spirit; that he shall gain entrance into the brotherhood of the kingdom of God.

The Three Drives of Human Life