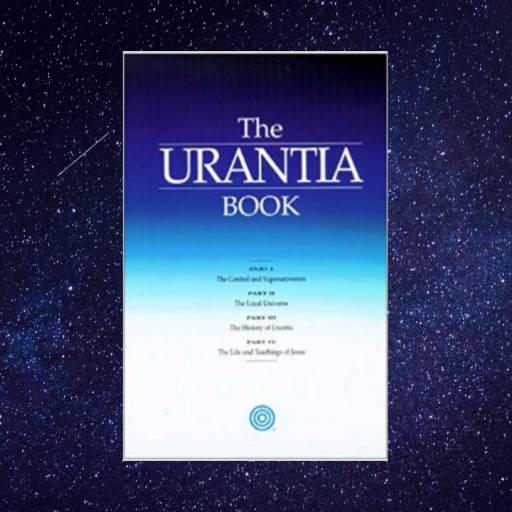 Every one hundred years of Urantia time, the Jerusem (capital of our local system Satania) corps of twenty-four planetary supervisors designate one of their number to sojourn on our world to act as their executive representative, as resident governor general. When the first governor general arrived on Urantia, concurrent with the outpouring of the Spirit of Truth, he was accompanied by twelve corps of special seraphim, Seraphington graduates, who were immediately assigned to certain special planetary services. These exalted angels are known as the master seraphim of planetary supervision and are, aside from the overcontrol of the planetary Most High observer, under the immediate direction of the resident governor general.

As planetary chief of seraphim, the revelator here presides over this council of seraphic chiefs, and is a volunteer supernaphim of the primary order serving on Urantia as the successor of the onetime chief of the angelic hosts of the planet who defaulted at the time of the (Lucifer, Satan) Caligastia secession.

The twelve corps of the master seraphim of planetary supervision are functional on Urantia as follows:

1. The epochal angels. These are the angels of the current age, the dispensational group. These celestial ministers are intrusted with the oversight and direction of the affairs of each generation as they are designed to fit into the mosaic of the age in which they occur. The present corps of epochal angels serving on Urantia is the third group assigned to the planet during the current dispensation.

2. The progress angels. These seraphim are intrusted with the task of initiating the evolutionary progress of the successive social ages. They foster the development of the inherent progressive trend of evolutionary creatures; they labor incessantly to make things what they ought to be. The group now on duty is the second to be assigned to the planet.

3. The religious guardians. These are the “angels of the churches,” the earnest contenders for that which is and has been. They endeavor to maintain the ideals of that which has survived for the sake of the safe transit of moral values from one epoch to another. They are the checkmates of the angels of progress, all the while seeking to translate from one generation to another the imperishable values of the old and passing forms into the new and therefore less stabilized patterns of thought and conduct. These angels do contend for spiritual forms, but they are not the source of ultrasectarianism and meaningless controversial divisions of professed religionists. The corps now functioning on Urantia is the fifth thus to serve.

4. The angels of nation life. These are the “angels of the trumpets,” directors of the political performances of Urantia national life. The group now functioning in the overcontrol of international relations is the fourth corps to serve on the planet. It is particularly through the ministry of this seraphic division that “the Most Highs rule in the kingdoms of men.”

5. The angels of the races. Those who work for the conservation of the evolutionary races of time, regardless of their political entanglements and religious groupings. On Urantia there are remnants of nine human races which have commingled and combined into the people of modern times. These seraphim are closely associated with the ministry of the race commissioners, and the group now on Urantia is the original corps assigned to the planet soon after the day of Pentecost.

6. The angels of the future. These are the projection angels, who forecast a future age and plan for the realization of the better things of a new and advancing dispensation; they are the architects of the successive eras. The group now on the planet has thus functioned since the beginning of the current dispensation.

7. The angels of enlightenment. Urantia is now receiving the help of the third corps of seraphim dedicated to the fostering of planetary education. These angels are occupied with mental and moral training as it concerns individuals, families, groups, schools, communities, nations, and whole races.

8. The angels of health. These are the seraphic ministers assigned to the assistance of those mortal agencies dedicated to the promotion of health and the prevention of disease. The present corps is the sixth group to serve during this dispensation.

9. The home seraphim. Urantia now enjoys the services of the fifth group of angelic ministers dedicated to the preservation and advancement of the home, the basic institution of human civilization.

10. The angels of industry. This seraphic group is concerned with fostering industrial development and improving economic conditions among the Urantia peoples. This corps has been seven times changed since the bestowal of Michael.

11. The angels of diversion. These are the seraphim who foster the values of play, humor, and rest. They ever seek to uplift man’s recreational diversions and thus to promote the more profitable utilization of human leisure. The present corps is the third of that order to minister on Urantia.

12. The angels of superhuman ministry. These are the angels of the angels, those seraphim who are assigned to the ministry of all other superhuman life on the planet, temporary or permanent. This corps has served since the beginning of the current dispensation.

When these groups of master seraphim disagree in matters of planetary policy or procedure, their differences are usually composed by the governor general, but all his rulings are subject to appeal in accordance with the nature and gravity of the issues involved in the disagreement.

None of these angelic groups exercise direct or arbitrary control over the domains of their assignment. They cannot fully control the affairs of their respective realms of action, but they can and do so manipulate planetary conditions and so associate circumstances as favorably to influence the spheres of human activity to which they are attached.

The master seraphim of planetary supervision utilize many agencies for the prosecution of their missions. They function as ideational clearinghouses, mind focalizers, and project promoters. While unable to inject new and higher conceptions into human minds, they often act to intensify some higher ideal which has already appeared within a human intellect.

But aside from these many means of positive action, the master seraphim insure planetary progress against vital jeopardy through the mobilization, training, and maintenance of the reserve corps of destiny. The chief function of these reservists is to insure against breakdown of evolutionary progress; they are the provisions which the celestial forces have made against surprise; they are the guarantees against disaster.